Hi guys,
I haven't uploaded in a while as have been very busy lately . but I have still had enough time to read a book. the book I have been reading these last couple of weeks , I really enjoyed it and would like to  share it with you.

Gone Girl tells the story of Nick and Amy Dunne's difficult marriage, which is floundering for several reasons. The first half of the book is told in first person, alternately, by both Nick and Amy; Nick's perspective is from the present, and Amy's from the past by way of journal entries. The two stories are very different. Amy's account of their marriage makes her seem happier and easier to live with than Nick depicts. Nick's story, on the other hand, talks about her as extremely anti-social and stubborn. Amy's depiction makes Nick seem more aggressive than he says he is in his story.

Nick loses his job as a journalist due to downsizing, and Amy loses her job as a magazine quiz writer shortly after. The couple relocate from New York City to his small hometown of North Carthage, Missouri, in part so the couple can help care for his dying mother. He opens a bar using the last of his wife's trust fund and runs it with his twin sister, Margo. The bar provides a decent living for the three Dunnes, but the marriage becomes more dysfunctional. Amy loved her life in New York and hates what she considers the soulless "McMansion" which she and Nick rent.

On their fifth wedding anniversary, Amy goes missing. Nick becomes a prime suspect in her disappearance for various reasons: he used her money to start a business, increased her life insurance, and seems unemotional on camera and in the news. The police later find boxes of violent pornography and other items he had denied purchasing in the woodshed, further implicating him.

﻿
Amy is robbed by fellow guests of a motel and left without any money. Meanwhile, Nick begins pleading for her return, to convince her that he loves her still. Desperate, she seeks help from her obsessive first boyfriend, Desi. He agrees to hide her, but Amy soon feels trapped in his house as Desi becomes possessive. She murders him and returns to her husband, saying she had been kidnapped. Nick knows she is a killer, but he stays in his marriage because he has no proof of her crimes and deceits. Amy forces him to fake his love, hoping that he will eventually love her. She begins writing her memoirs, while Nick writes his own memoir exposing Amy's lies. Amy then impregnates herself with Nick's semen, and makes him delete his book by threatening to kill her unborn child. In the end, Nick chooses to stay with Amy, keeping the charade forever, for his child's sake

This book is now my new favourite book , I love it, it is very heart warming and makes you feel very emotional. I would greatly recommend this book if you love thrill crime and emotion.  I hope this book review gives u a great summary on what this book is about. My next BlogSpot will be uploaded in two days, and it will be a January favourite's .
thank you Rebekah x

Hi guys !
This is a post that is going to go up every other Wednesday, once I have read a  new book I am going to do a review on it just to share my thoughts and feelings on the book.
This weeks book is the first book out of the noughts and crosses series, by Malorie Blackman. 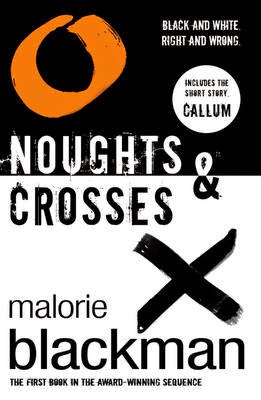 Noughts and Crosses is a book about love and hate. Noughts hate Crosses; Crosses hate Noughts. Noughts are thought to be stupid and they fight for their cause through violence. Crosses are powerful and do not give Noughts a fair chance in life. This is because Noughts are white and Crosses are black.

This is the first book in a series of four, which is a modern take on Romeo and Juliet. Each character has a very unique personality and as you read through the series their personalities get discovered in more detail.

I really enjoyed the book and thought that the author gave her points across really well about discrimination and racism. The book is very sad, and also quite violent, as people fight for their rights. This book latched itself onto my mind – I can't stop thinking about it. It is not always easy to read because of the context, but it grips you so hard that it feels compulsory to read on.

I would definitely recommend this book because instead of reading some boring non-fiction book about human rights you can read this and find out a lot more about these issues. Beware – this book is not for the faint-hearted!

thank you guys for reading, I really do recommend this book , and the other books in the series too

Rebekah xx
Posted by Bekah H at 13:40 No comments:


Hey guys!
I still cant get over that it is 2015 already, it has crept up on us fast but here we all are- all getting ready to pursue this years resolutions that we have all made. I hope you all have a great Christmas time and got the things you asked for.

Motivational Monday is going to be a weekly Monday upload about things that can be a struggle in life, and I am going to try and give my advice out to you all on how to overcome or stay as positive as possible.

Todays upload is going to about 'trying your best'. After a long 2 week Christmas break from school our minds are more rested and a lot more relaxed and the last thing on our minds is school. But it can be a big shock to the system going back and having to get back into the routine of getting up early, and having all the school work to complete. I no for me personally the hardest thing is trying to get everything in on time like course work and papers. 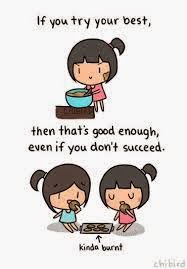 Having a positive mind set and giving everything a go is very important. Its a large part of what our life's consist of. If you weren't giving everything a go and not trying you would never get anywhere.
My personal opinion of how to always try your best is to always remind yourself that things in that situation could always be a lot worse then what it is. Also remember that even if you don't succeed he first time you try , you can learn from your mistakes and try again .

I hope this upload helps some of you out there, and makes you feel better about these sort of situations , thank you for reading x

Uploading my first blog post is a little scary for me, but I am also very excited.
Before today I had not really known what to do with all the spare time I had, but then I came across the world of blogging from my very close friend. I have thought long and hard about setting up my very own blog, but was unsure what the feedback would be on it. But today I had just decided to suck it up and do it!
I have many reasons for starting my own blog, the main one being that I am very creative and I love to write. I also really enjoy writing my own pieces and inspiring other people to do so too, and I think by having a blog it will give me the option to do so.

I thought that as this is my first blog post, and you don't no much about me I would do 10 facts about me , just so you can get to know a little bit more about me.


I hope this have given you a insight of what I like and dislike. I have only started by blog today and I am still getting into the whole designing and writing side to things but hopefully suture posts will be a lot better. I am planning on having many topics within all of my blog posts, ranging from motivational Monday, to monthly favourites posts , thank you for reading my post- please subscribe.